Women start more new businesses than men and account for over 36% of all companies in the United States. They are becoming entrepreneurs at higher rates than men and generating better returns. However, they can still struggle to find the capital they need to get their businesses off the ground or support growth.

Luckily, the market has seen and responded to the growth in female-founded businesses. While banks and traditional lenders are still wary, private lenders have rushed in to fill the funding gap. If you are a woman investigating your funding options, look into applying for a private business loan.

What is a private business loan?

A private business loan can take many forms, but generally speaking, it is financing that is not issued by a traditional bank. Banks lend in the open market, with funds that they have either borrowed from the Federal Reserve or deposit accounts. They are held to high standards and must submit reports on their lending practices and credit quality.

Because of this, it can be quite challenging to qualify for a loan from a traditional lender. Private lenders arose to fill a market need. They can be loans from friends and family, angel investors, venture capitalists, or from alternative lenders.

Women business owners have traditionally struggled to obtain access to funding at the same levels as their male counterparts. They also frequently operate businesses in industries that are not favored by banks, further making it difficult for them to access the capital they need to run successful businesses. Private business loans for women help overcome all of these hurdles.

Apply for a small business loan with a bank is a lengthy, time-consuming process. In addition to an application, they could require two years of tax returns, audited financial statements, a business plan, a credit check, and more. It can take months to receive approval, or rejection, for a loan.

Few small business owners have the time wait to find out if they will be successful at receiving a loan. Plus, a newer small business with less than two years of business history will be automatically ineligible for financing.

Private business lenders will lend to businesses who have only been in operation for two months. They look at your cash flow when making a lending decision, and your credit score is less important. Also, they do not require pages upon pages of documents to apply.

Even if a small business owner could qualify for a bank loan, many turn to alternative lenders and private business loans because they make it easier for customers to borrow. If you are trying to take advantage of a limited-time business opportunity

When you walk into a bank to apply for a small business loan, it can feel intimidating. You may feel the need to wear a suit or dress professionally. If you did not know what to bring to apply, and every bank has slightly different requirements, you could be making several trips to supply the needed documentation.

Alternative lenders make it easy to apply online or over the phone. Their applications only contain a few questions, and you may just need a driver’s license and bank statements to receive funding.

Women can expect to have an easier time applying for a small business loan with an alternative lender. Alternative lenders can often return a lending decision in as few as 24 hours, and funds can be disbursed within a few days.

Close the Gender Gap in Lending

There has never been a time in the history of alternative lending, unlike traditional banking, when alternative lenders did not lend to women. Because of this, they have better approval rates for female borrowers. Their underwriters have data that has always included women and can make faster determinations of the risk a woman’s business represents.

Alternative lending is seen as a necessary piece to closing the lending gap in the United States.

Statistically speaking, women have lower credit scores than men. The reasons for this are many and do not necessarily relate to poor financial management.

Women take out less credit and therefore have less to include in a credit score. Lower limits on credit cards also lead to a higher credit utilization ratio, which negatively impacts their credit scores. This is despite the fact that women have lower balances than men overall.

Women are also more likely to drop out of the job force to care for children or elderly parents, and thus run into financial difficulties. And, due to outdated gender roles, they may not have been taught financial skills while growing up.

Despite the fact that women-owned businesses have a higher success rate than male-owned businesses, poor credit scores can prevent many female business owners from accessing capital. Private lenders solve this problem by offering business loans for women with bad credit.

Alternative lenders know that a poor credit score does not always reflect a female business owner’s actual credit risk. Their underwriters look at other factors when approving loan applications, and will lend to individuals with scores as low as 500. If your business has minimum monthly revenues of just $8,000, you can receive approval.

When a bank’s underwriter approves a loan application, they take into account the risk the borrower represents. Risk includes the risk of late payments or default. Some industries have more cash flow fluctuations than others and higher failure rates. These are often the industries in which women start businesses.

Of the women-owned businesses who applied for loans in 2017, 21.9% were in service businesses, 18.4% were in retail, and 12.4% were in food and hospitality. Many banks prefer to not lend in these industries, making it even more difficult for women to obtain capital.

The perception that some businesses fail more than others has been hard to shake, though it is inaccurate. The Bureau of Labor Statistics cites a failure rate of 20% for small businesses that is consistent across all industries. But banks cling to industry misconceptions.

Alternative lenders have experience working in what have been considered riskier industries, and often specialize in serving the needs of businesses that banks reject.

Loans in the Amounts Needed

Another issue for female borrowers is receiving the amount of capital that they need. If a bank approves them for a loan, but it is not for the full amount required, they may have to engage in loan stacking to meet their business objectives. Borrowing money from a bank, a credit card, and a line of credit can be done but is not without its risks.

Women who did get approved for business loans from traditional banks in 2017 only received an average of $57,097, whereas their male counterparts were approved for an average of $103,604. Often, women do not receive the funds that they need to accomplish their goals.

Alternately, banks may not wish to lend to women-owned businesses because they are not borrowing enough money. The cost to a bank of processing and approving a loan for $50,000 is virtually the same as the cost for a $500,000 loan. However, they make more money on a $500,000 loan.

Smaller businesses do not apply for capital in the same amounts as mid-size to large businesses. Almost 100% of women-owned businesses are defined as “small” businesses, which is a business that has less than 500 employees. If gender is not an issue, it could be the amount of the requested funds.

On average, the cost to a bank for a loan is six percent of the loan compared to an alternative lender’s two percent. Due to lower cost structures, online lenders can afford to offer loans in smaller amounts. Shield Funding secures business loans in amounts that range from $5,000 to $1 million.

Help Businesses and the Economy Grow

Women are good for the economy and even better for growth. In 2017, 27% of women-owned businesses added employees and 34% expanded. Their companies generate payroll of $265 billion and sales of $2.5 trillion.

Women-owned businesses are growing, and access to capital supports that growth. There comes a time in the growth trajectory of most businesses when existing operations do not fund reaching the next level. Using borrowed money to support growth and scale-up is common in the business world.

Borrowed funds can pay for business expansion, product development, or acquisition before they generate revenue. They allow business owners to invest in growth initiatives, which is often difficult to do if only drawing on the business’s profits.

Private lenders have stepped in to encourage this growth, as women-owned start-ups still receive only 2.2% of all venture capital. They are filling a critical marketplace need, and in doing so, they help the economy. Female-founded companies, on average, create over 60% more value than male-founded companies.  They have been credited with creating or maintaining over 23 million jobs.

What are the Drawbacks of Private Business Loans?

Private lenders take on more risk than banks. They lend to those with lower credit scores and less time in business. They cover their higher risk profile by charging higher interest rates.

If you are a less-qualified borrower, you will pay more for a loan from a private lender. Your loan will have a higher interest rate than if you qualified for a bank loan. The term may be shorter, a matter of months instead of years, as the lender wants to minimize the risk that you will not repay.

Keep in mind, however, that you likely would not qualify for a bank loan at all. While you pay more to access capital, you could lower this rate by improving your credit. Moreover, it will drop lower as you have been in business longer.

Qualified borrowers should still look at alternative lenders. One analysis performed by the FDIC found that qualified borrowers often received the same or better rates and terms with online lenders as they did at banks. It would be a mistake to assume that an alternative lender will not match a bank’s rate, but for less hassle and in a shorter time.

Private business loans give female entrepreneurs and business owners options. Without them, many women would be unable to achieve their dreams. Banks have a long history of ignoring and under-serving women, but alternative lenders have considered their needs from the very beginning. 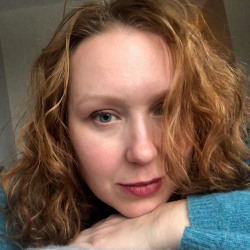 Dena Landon
Senior Writer at Shield Funding
Dena is a senior writer at Shield Funding, reporting on various topics related to small business loans and business financing. Previously her work has appeared on The Washington Post, Narrative.ly, Salon, and others. Her first novel was published by Dutton Children’s Publishing in 2005. She has a Master's in Business Administration from Capella University and has worked in the finance field for over fifteen years.